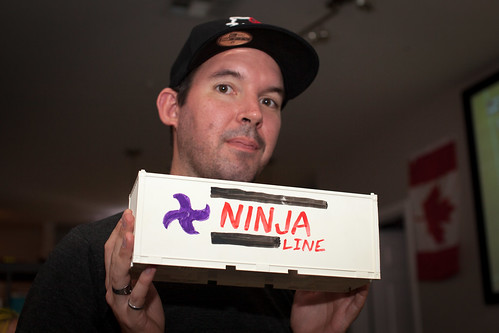 This was a project I had been thinking about for a while but finally came together last summer. I really like shipping containers and graffiti so I wanted to make a reusable canvas you could doodle on. 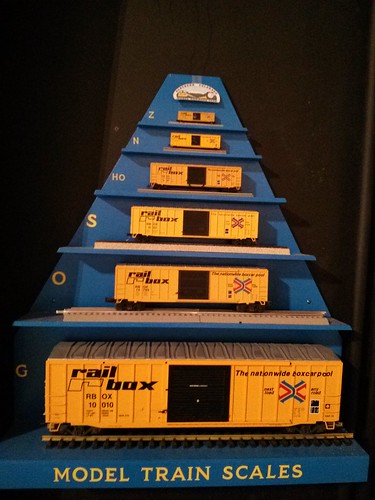 I originally started looking at possible graffiti targets after seeing the above display at the Colorado Model Railroad Museum. Because if you’re going to doodle on a model, might as well be the largest scale, G. Unfortunately I wasn’t able to find box cars that were both inexpensive (train modelers pay a premium for accurate detail) and with minimal corrugation. So shelved it for a while. 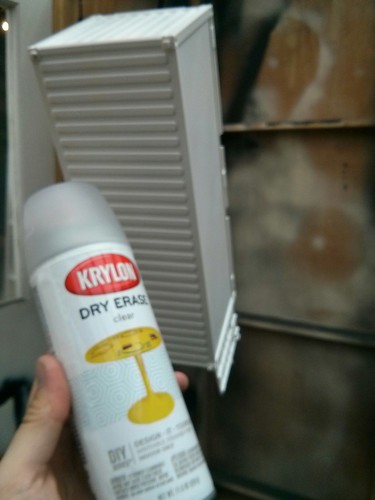 I used Krylon Dry Erase paint. I followed the instructions exactly with multiple coats and a long cure time. Dry erase markers are notorious for ghosting and not fully erasing so I wanted to make sure I had the ideal surface finish. I chose clear instead of white because I was worried about the coat being too thick and looking like it had be painted but the clear did yellow a bit. 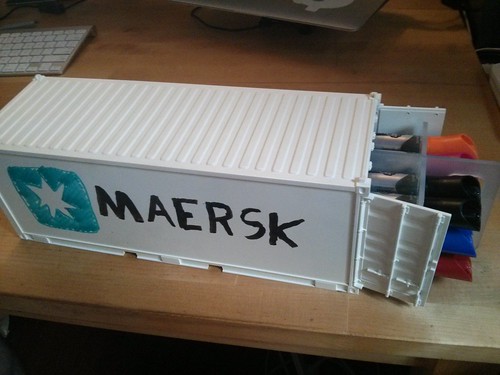 I also laser cut a marker caddy that stows inside the shipping container. Above is my first test piece with shipping company Maersk’s logo. 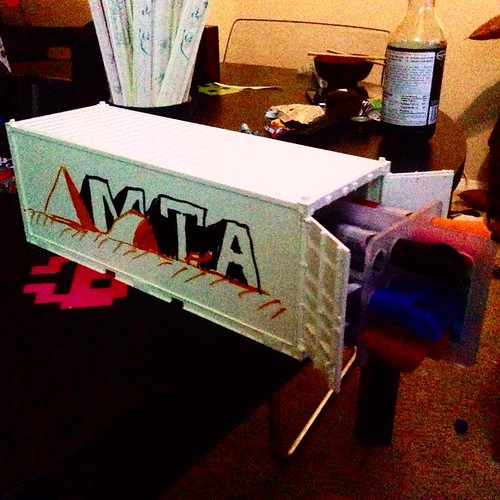 My second test was an attempt at a little MTA tribute since I’ve always loved their LA River blockbuster. 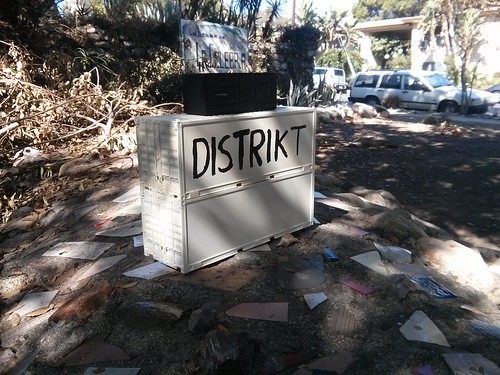 cnelson commissioned me to make a container as well, so I temporarily had a second one available to build a mini stage for Balsa Man.


Getting my todo list in order with the help of an amazing whiteboard shipping container made by @eliot http://t.co/d8BzN65beN

Getting stuff done is way easier when marking things off your list is FILLS OVER TAGS http://t.co/hQddPDqc3r 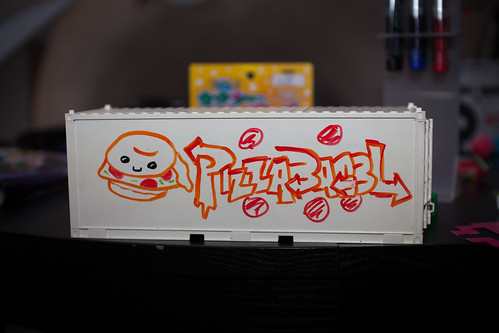 Thoughts on the future of this project:

I have a smaller set of dry erase markers and cleaning supplies I need to design a new caddy for. Properly cleaning the canvas seems more important on this than most white boards.

Ideally the container would be manufactured out of a plastic that’s meant for dry erase markers (which I think just means white and non-porous).

cnelson was going to get a G scale container carrier and track to use as a stand which I think is a great idea.

Tagging scale model items shows up in graffiti gallery shows from time to time and there are several commercial products you can buy along those lines. Dumpsty makes mini dumpsters you can tag. Boundless Brooklyn makes papercraft water towers and billboards.