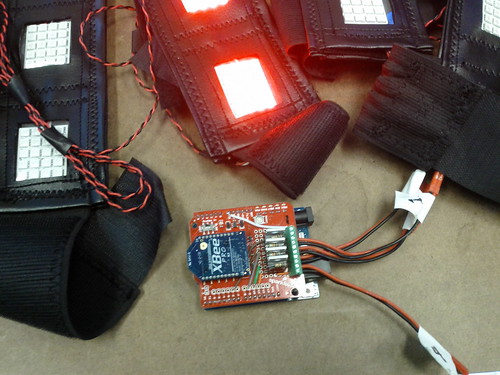 My work on Capture led to another TV gig. The show Killer Karaoke features people singing while performing stunts in hopes of winning a cash prize. They had a gag from season 1 where they would shock the contestant with an animal collar while they were singing. This season they wanted a better way for the audience to know what was happening. 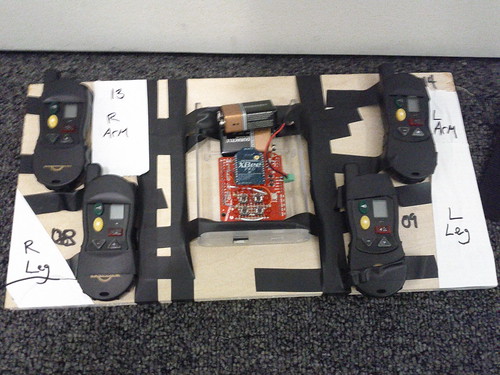 I connected panels of red 5050 LEDs together and attached them to an XBee. These panels were placed on each limb of the singer along with a shock collar. Now when the collar would trigger, the panels would also light up to indicate this. The project was pretty simple and they were very happy with the results… well, the contestants weren’t. I’ve embedded a few of the performances below.