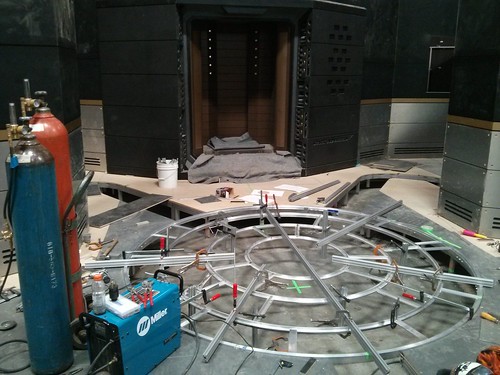 This summer I got swept up in a massive LED lighting project. While standing in the right place at the right time a friend’s lighting designer recruited me to run an LED install. He showed me page after page of blueprints that described everything that needed to be done. I just shrugged and said ‘I guess I can do it’. The Avengers S.T.A.T.I.O.N. is an interactive exhibit installed in The Discovery Center Times Square. It combines science education with the world of Avengers. The entire exhibit is designed to look like a S.H.I.E.L.D. recruitment center filled with interactive displays and movie props. 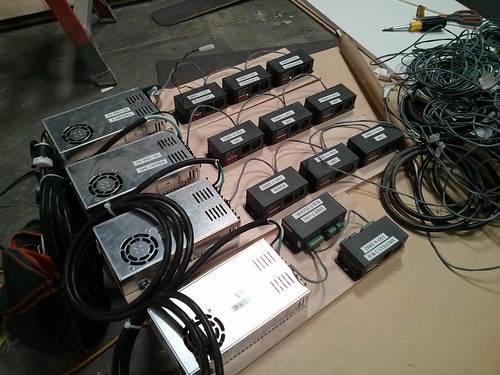 All of the lighting and lighting based effects in the set are LED and were installed by our team of five. We were given the blueprints and a set of renderings so we knew what it should look like and went from there. 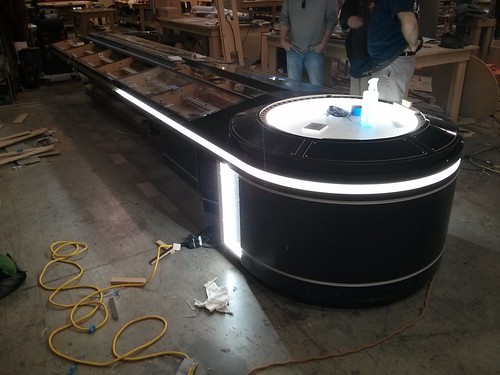 The set was built in California and then shipped in pieces to New York City. None of those pieces could be larger than 8ft since they had to travel in a freight elevator (the Discovery Center is in the New York Times old basement printing plant). The Center also has large columns that had to be designed around, which didn’t exist in our warehouse. These factors meant we couldn’t do any permanent cable runs and had to route and label things in a way that they could be pieced together by someone who hadn’t been working on the project for 6 weeks.

Photo by The Verge

The final room of the exhibit was Iron Man’s vault. It has a 10ft diameter Arc Reactor under glass in the floor with animated light paths that extend away from it and then climb 12ft columns. Getting this working was my final task on the project. The reactor breaks into 3 sections and requires 5 DMX controllers. I’m happy to report that it worked the very first time they plugged it in in New York. 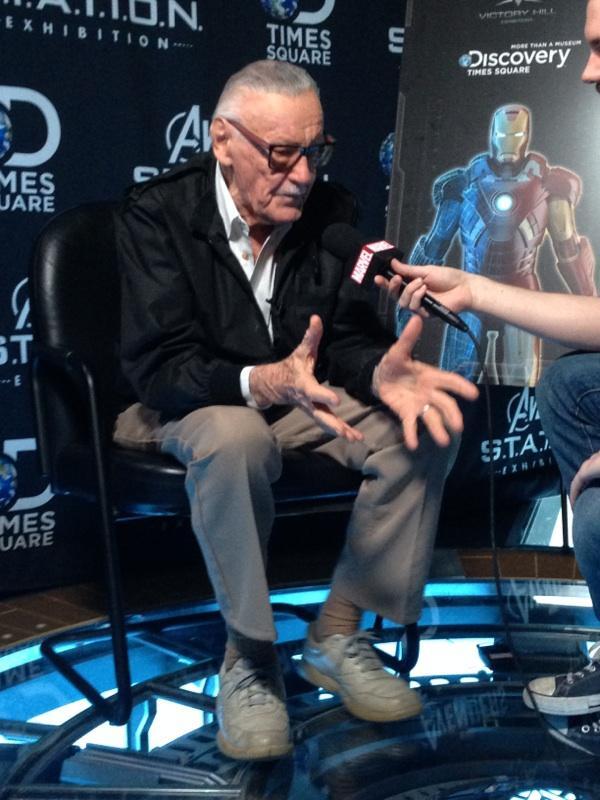 This project was exhausting. We worked 12 hour days 6 days a week. I’m glad I had my friends Enzo and Colleen on board to help me. The Verge has a full write-up of the exhibit; you can find my photos on Flickr.